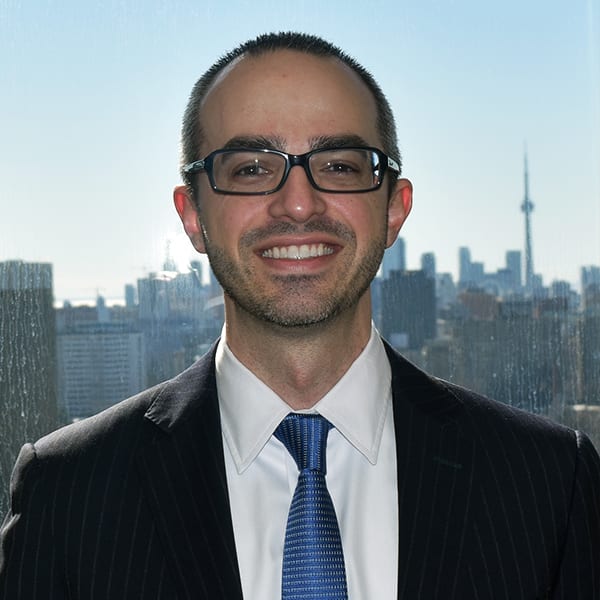 Angelo graduated from York University with a Bachelor’s degree in Political Science in 2002. In 2003, he obtained his Master’s degree in Labour Studies from McMaster University. Angelo attended Windsor Law and graduated with his LLB in 2008. While in law school, Angelo was involved in numerous moot competitions and won several awards, including the Zuber Moot (2006), The Paul M. Mann Award and Bergeron Clifford Award at the OTLA Cup (2008), and the Gowlings Prize for highest grade in Civil Trial Advocacy (2008).

Angelo articled with a prominent Toronto law firm in 2008, and was called to the bar in 2009. He became a partner in 2019. His practice in civil litigation focuses on insurance defence, medical malpractice, and employment law.